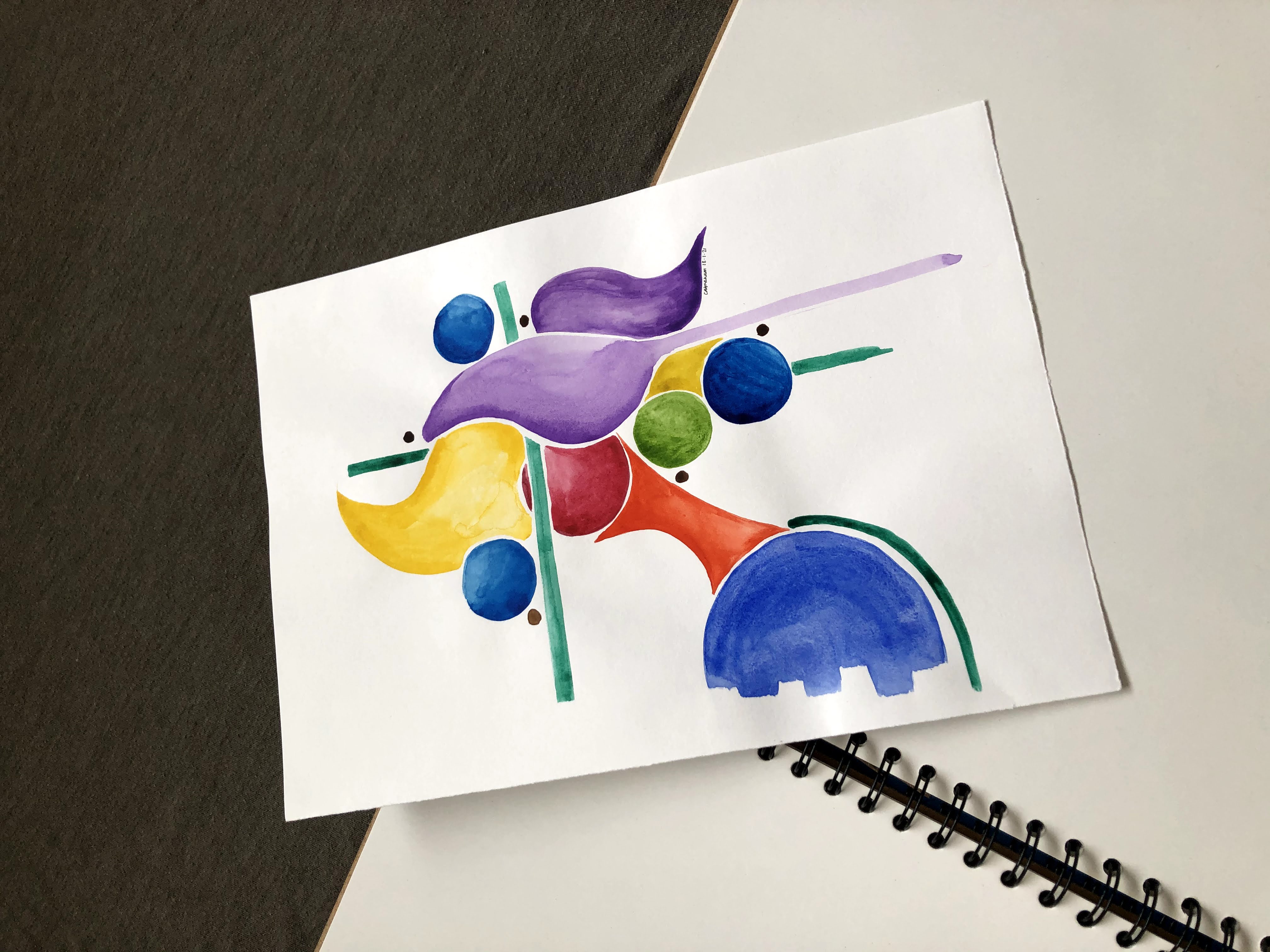 The Configuration Series came from Project 365, where the aim was to create a piece of artwork every day in 2021. This piece was the first of the series, where watercolours were explored in a new, abstract way. There was no aim with this piece, and it was based off of intuition and feeling during those moments of painting. 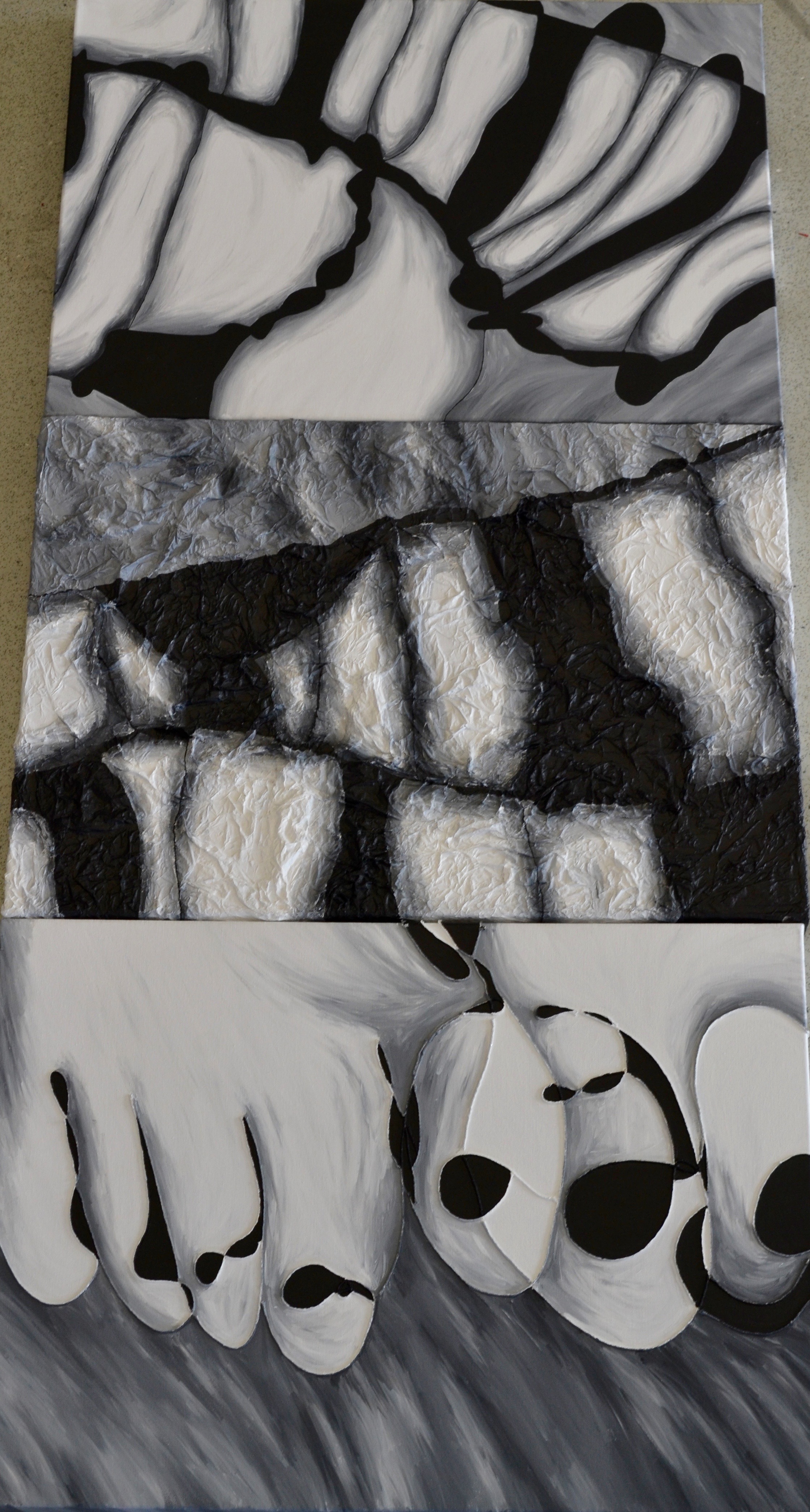 Feet are a part of the body that are not generally explored. The different styles and mediums of each of the three canvases highlights that not everything is the same and people are different, from their perception to their feet. 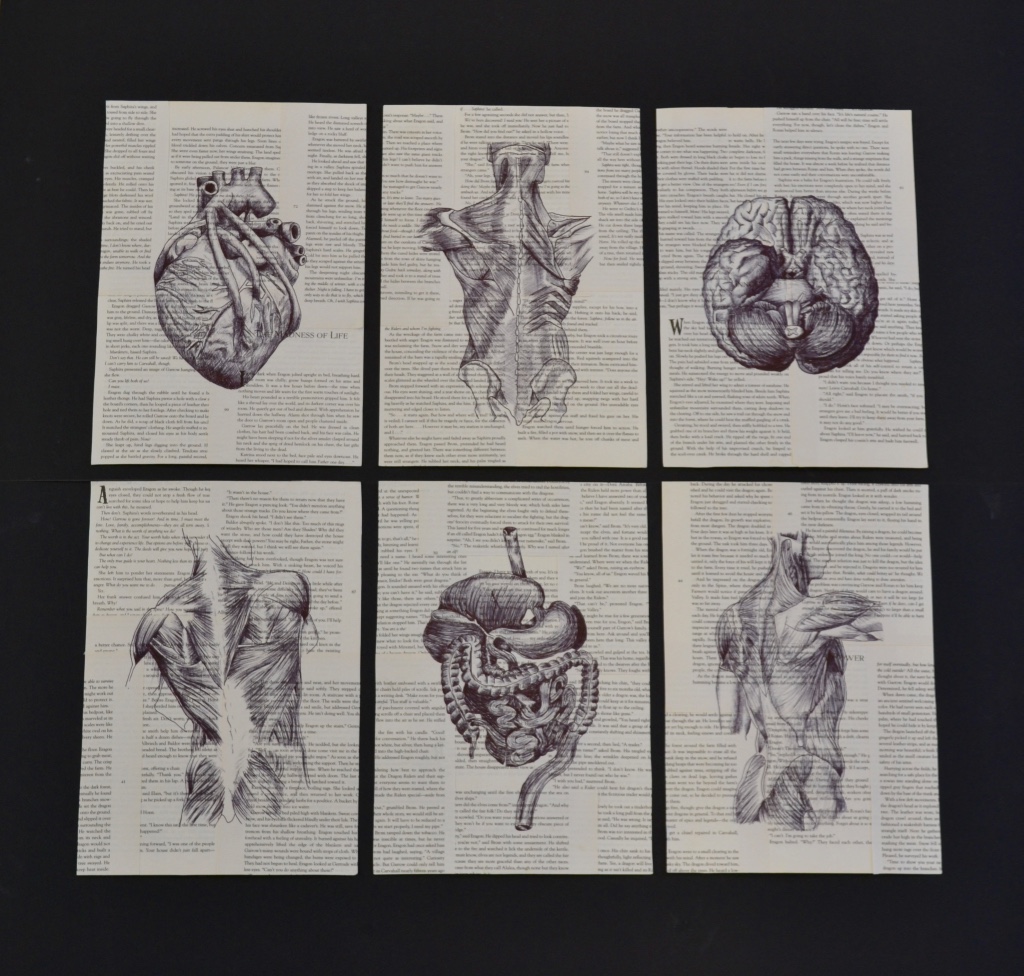 At the basis of the anatomy drawing is the story of a dragon rider, Eragon. To be a dragon rider you must have strength in all parts of your body and mind. The varying gradients of the biro highlight the contrast between the drawings, and the gaps between pages. The detailed drawings reflect the work of Leonardo da Vinci, and his use of writing around and on his anatomical drawings.

The handprints, symbolising individual identity, are painted ghostly to present a question of whether our prints can be identified as our own. There is another element to the piece in that our identity perhaps does not die when we do, but rather it only fades slightly. The unique shapes create an uneasiness, due to the body parts being in uncommon positions. 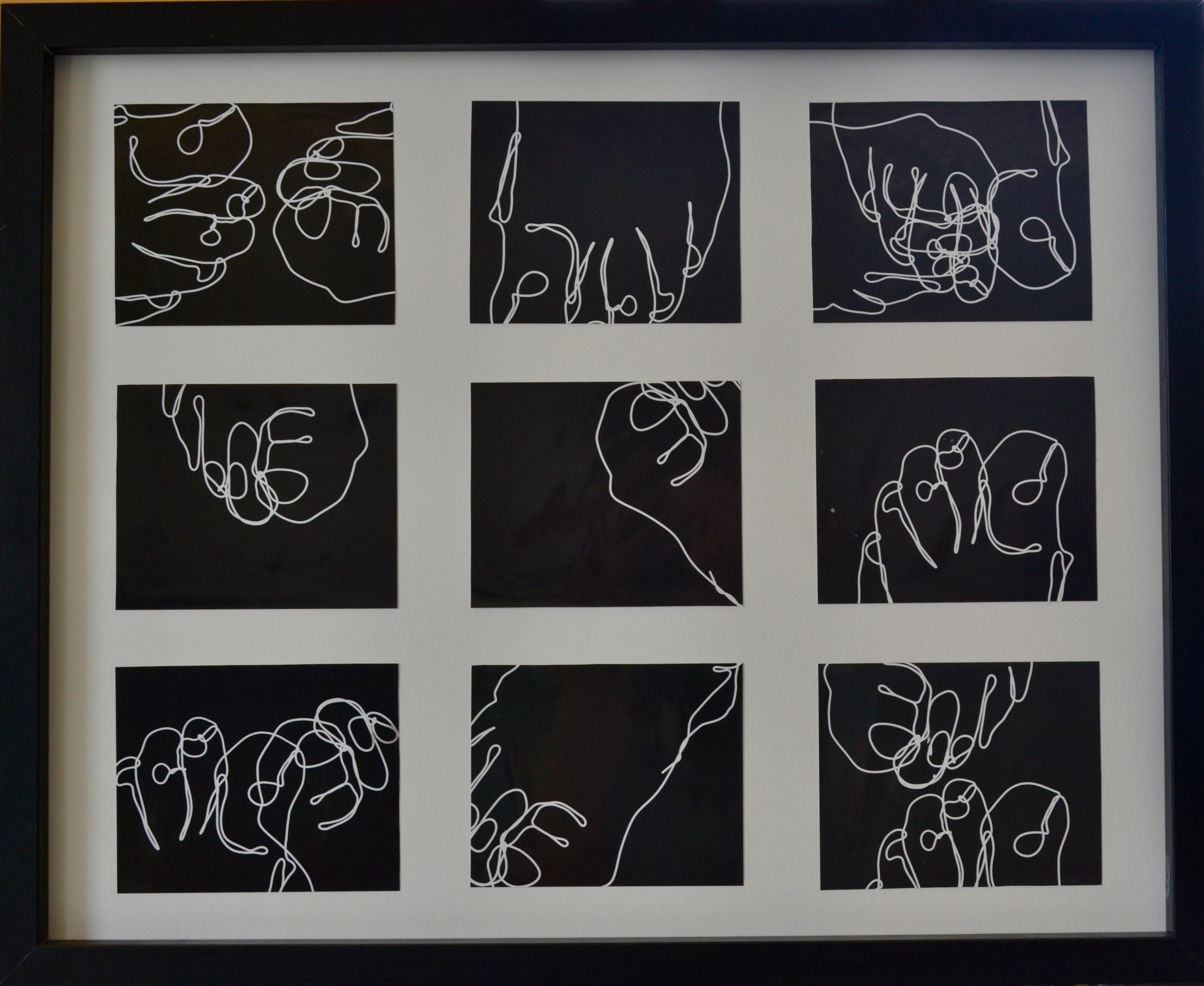 A triple triptych of photograms resemble how simplistic a line can be, juxtaposed by the complexity of even the smallest of things of the body. The piece visually described a turning point in the detail-orientation of the project. 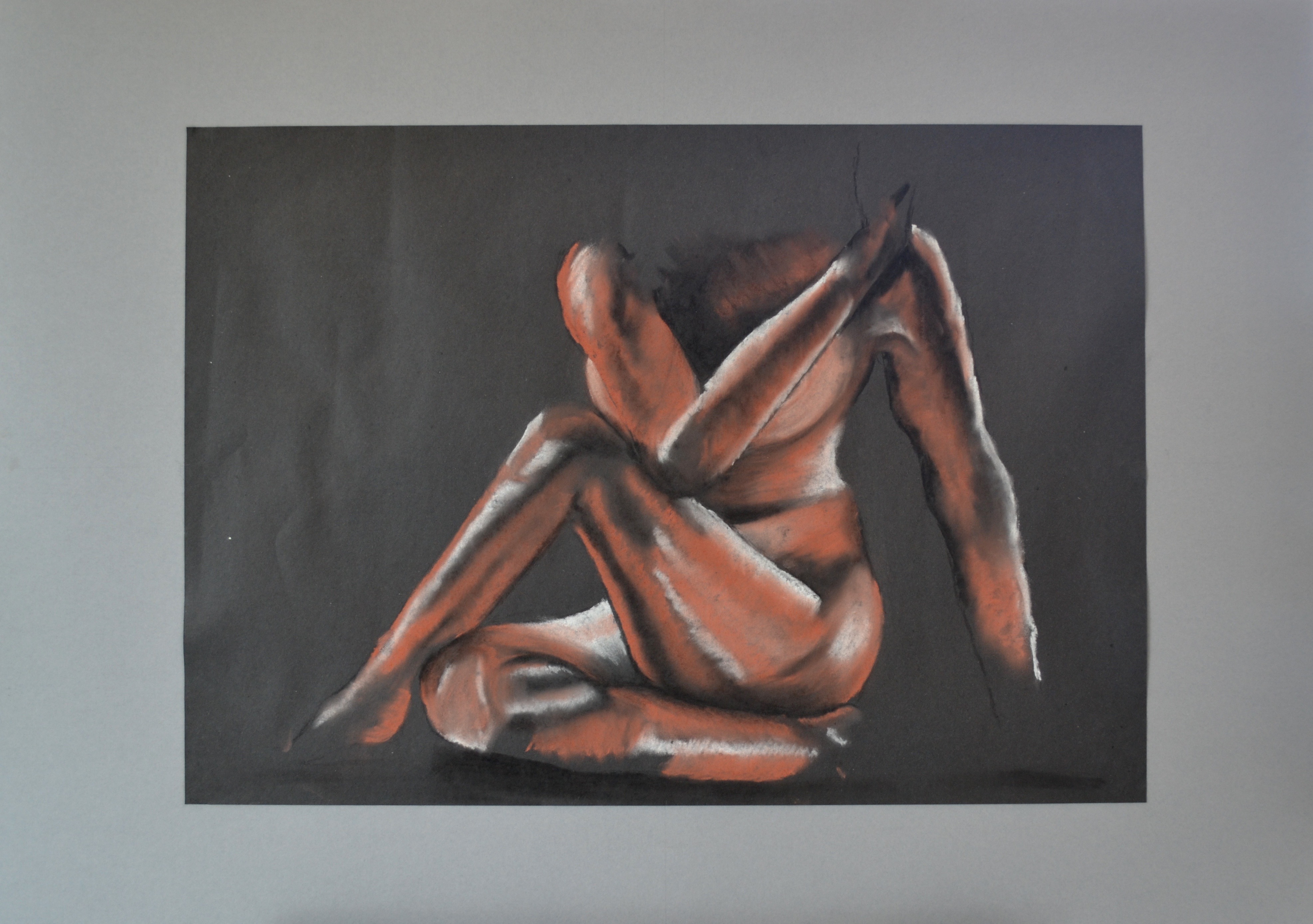 The human body in one of its most natural forms is frequently drawn in classes and private moments, differing between the eyes of the viewers. It is often said that beauty is in the eye of the beholder. 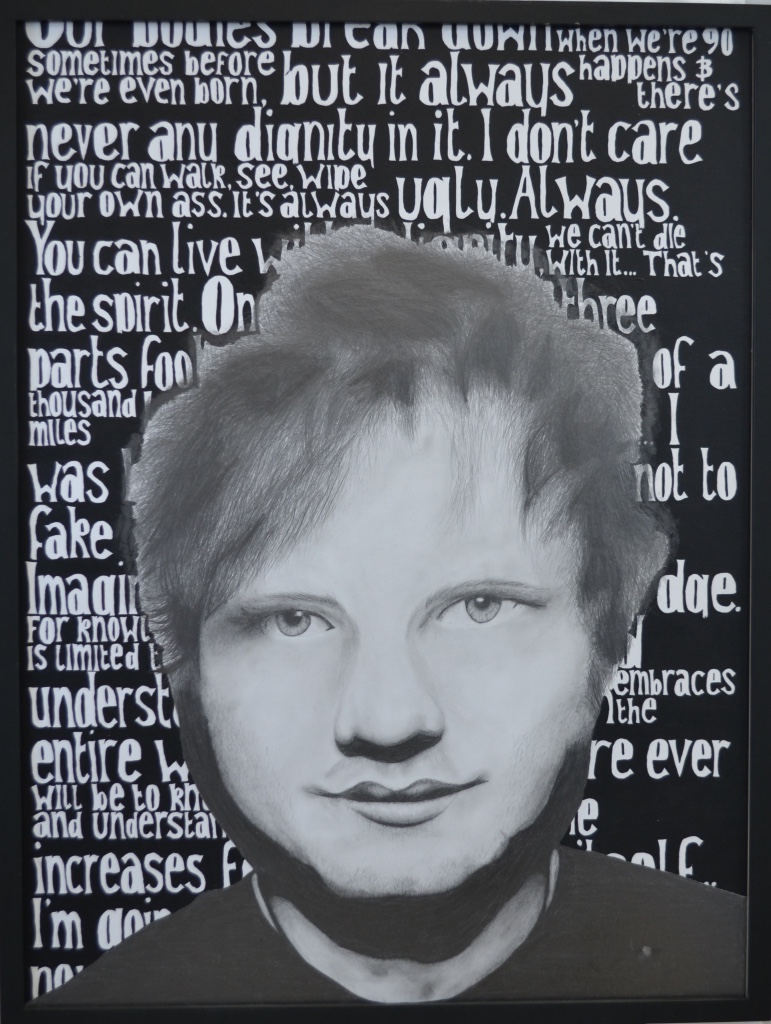 Taken from inspirations in 2016, including celebrity, song and film quotes, Ed Sheeran, and hyperrealism. These are amalgamated into a visual representation of how our influences can alter our perception, and in this case, the representation of the celebrity in a ‘black and white world’. 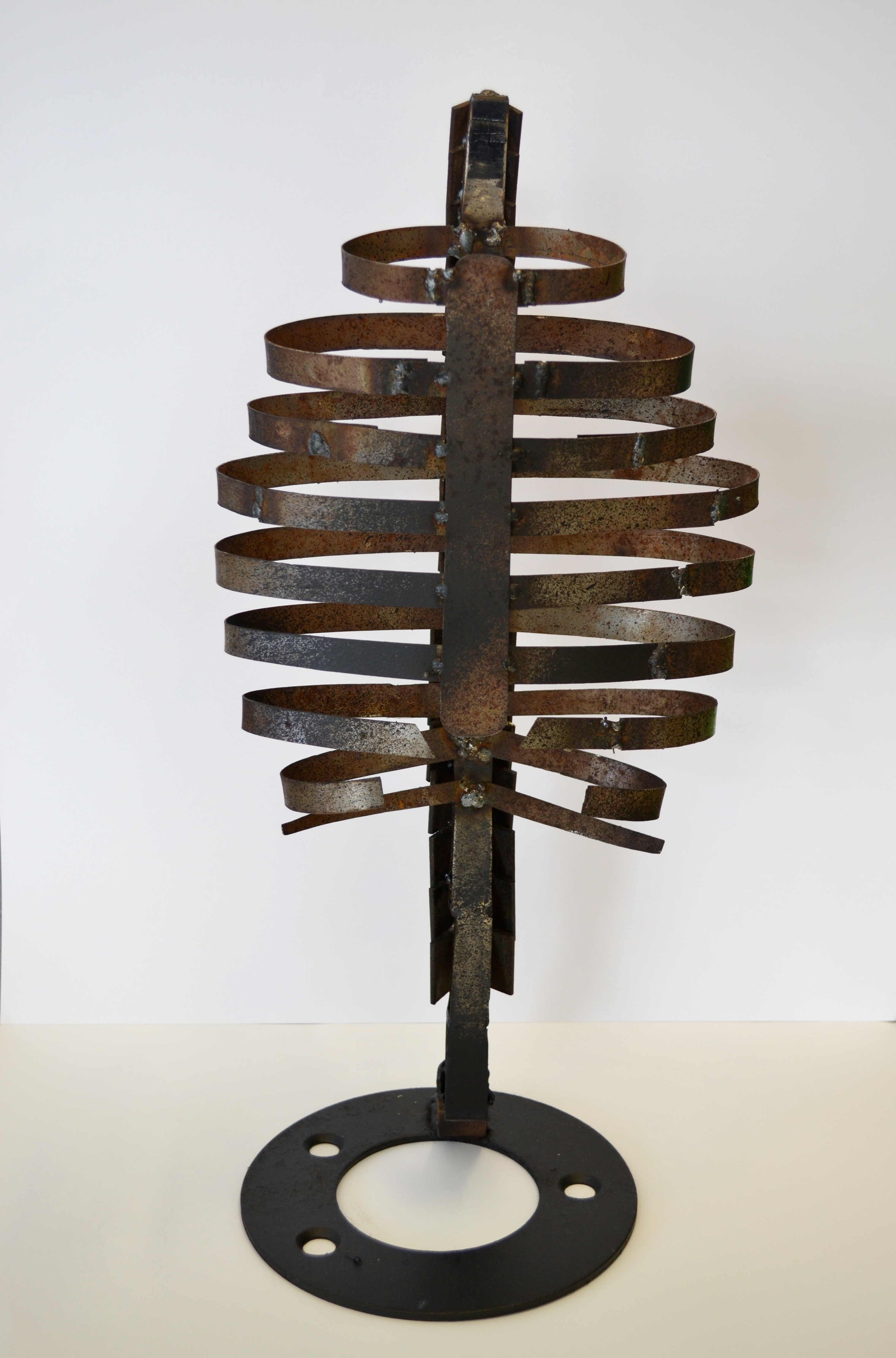 Humans have turned to technology to lean on it more, from aid and assistance, to forcing expectations and boundaries. However metal wears down, as does the body. The use of scrap metal highlights the imperfections within the body, and the black spray paint can only cover parts of these imperfections. We may be able to use technology to aid the human body, but there will always be imperfections and ageing. 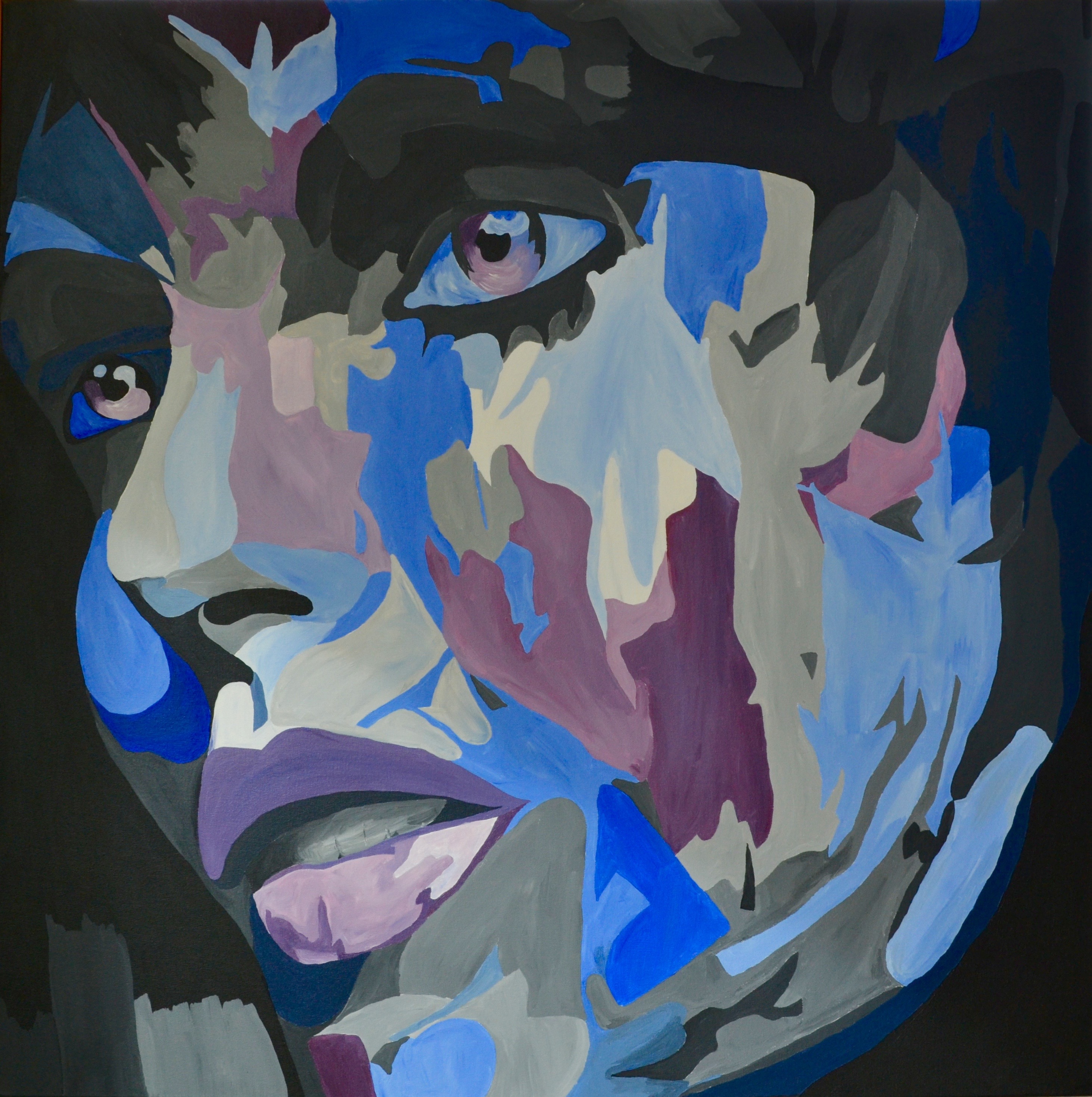 Things are not always black and white, nor what they seem. Colour plays a large role in emotions and race. Darker, subtle tones brings a sadness across the eyes and through the lips. Ultramarine, mauve and pale grey tears through the portrait, drawing you in.

As part of Project 365 in May, I completed a 50 x 50 cm canvas of a 10 x 10 large sudoku on an 8 x 8 grid. Using pastel colours in acrylic paint, the calm and soft hues change throughout the day depending on the light that streams through my studio window. It was the first canvas that I have completed in a long time, and although it took several days, I feel proud of this achievement.

A sudoku can be defined as “a puzzle in which players insert the numbers one to nine into a grid consisting of nine squares subdivided into a further nine smaller squares in such a way that every number appears one in each horizonal line, vertical line, and square.”

A megadoku is generally considered a sudoku larger than this nine by nine grid. As a child, and even now as an adult, I deeply enjoy sitting down with a puzzle book and completing sudoku after sudoku after sudoku. The patterns that are within these have also intrigued me, seeing them as perhaps colours, or indeed larger artworks.

It was this inspiration of the patterns and the soothing nature of painting that inspired me to crack out a canvas. I worked through each colour, ensuring I kept to the pattern of the 10 x 10 megadoku. I was originally going to curve the pattern around the sides of the canvas as the canvas is around an inch thick. As I continued to paint the canvas, I decided to keep these sides white and clean, with the final design being the central 8 x 8 grid of the 10 x 10 megadoku.

I enjoyed the painting process of this, following the straight lines and cutting into the corners of each square. A part of me wishes to create a larger version of this, using both a bigger pattern and larger square canvas. In the meantime, I enjoy the view of this painting every day as it hangs above my desk.