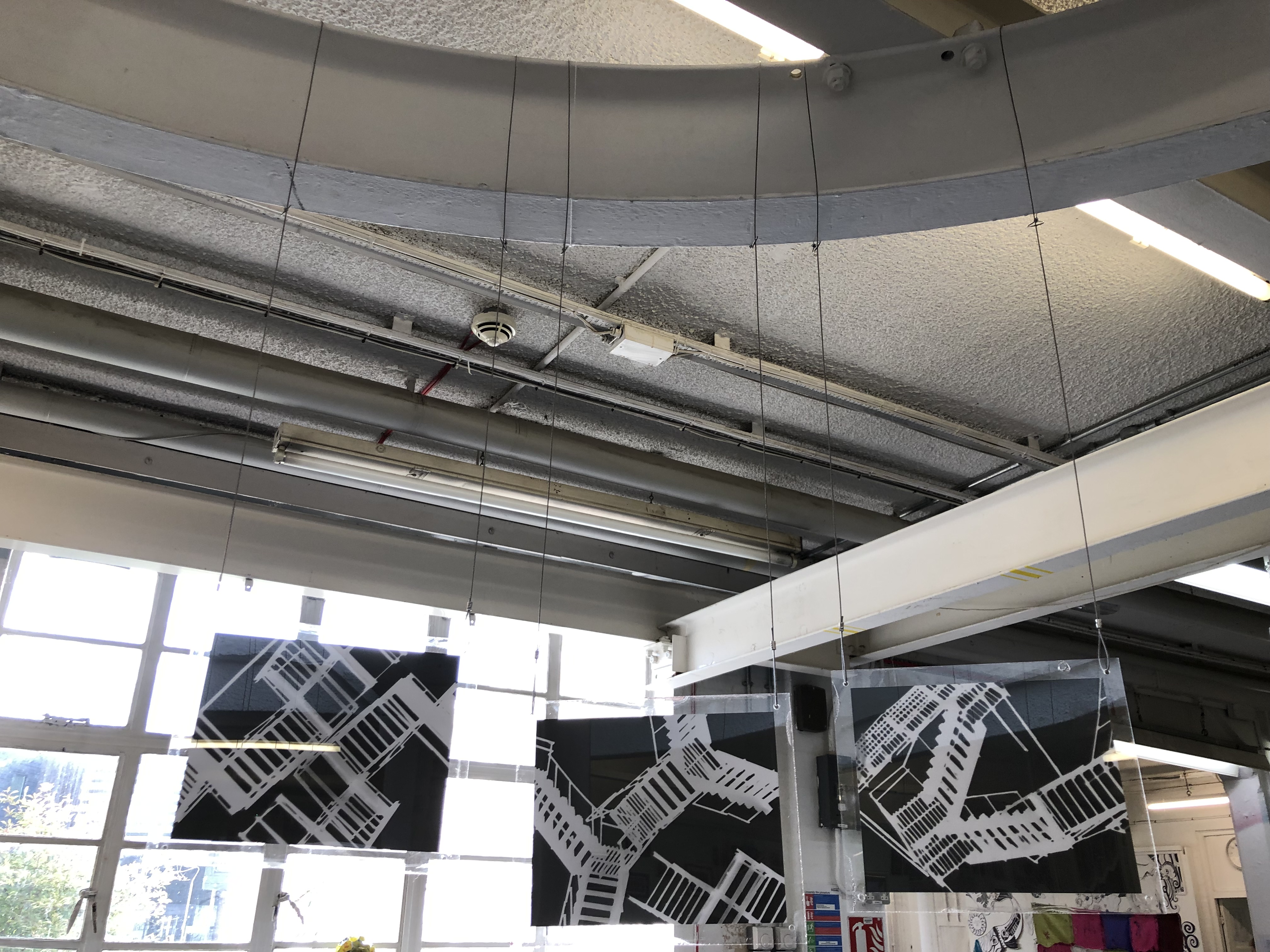 Levels is a double triptych of Perspex-sandwiched staircase-based photographs and photograms. This piece is one of many that communicates the conversation that I am growing upon – one that looks at the line drawn between sculpture and photography, and where these boundaries are blurred.

There was some hassle with the final piece as the Perspex that originally arrived had four holes (one in each corner), and not the desired two, and I had only received 11 out of the 12. Finding a spare piece of Perspex in the workshop, I was able to cut this down and screw holes myself, creating the necessary number of pieces to create the sandwich effect. The next confusion was over gluing these together as I did not realise you had to squeeze the pieces of Perspex together as you brushed the glue between the seal. Once I realised that this needed to be done, I was able to quickly and efficiently glue all the pieces together in their pairs, ready for hanging.

I hung the Perspex sandwiches with 1.5mm corded wire, replacing the parts of the photograph that had been cut out with a physical substance. With the four holes, I had thought about using the wire to reach the floor, as this is not an abnormal hanging technique, however I quickly ran out of time while hanging. The final display was then two wires hanging from beams to the Perspex triptychs holding the photographs and photograms.

The final outcome of Levels is one that I thought I would not get to due to previous hassles in this project. I found that the piece had more impact than first anticipated through drawings and planning, and the spare piece of Perspex that I had cut and screwed myself was not obviously visible. I am proud of how the piece came out because the display was unique to the piece, and aided itself well to the conversation between photography and sculpture. If I were to do the piece again, I would not leave it so late to plan the display, allowing extra time for deliveries and mishaps before the deadline, however I would hang it in the same way due to the impact that the natural light has to the piece, adding itself to the conversation between sculpture and photography.