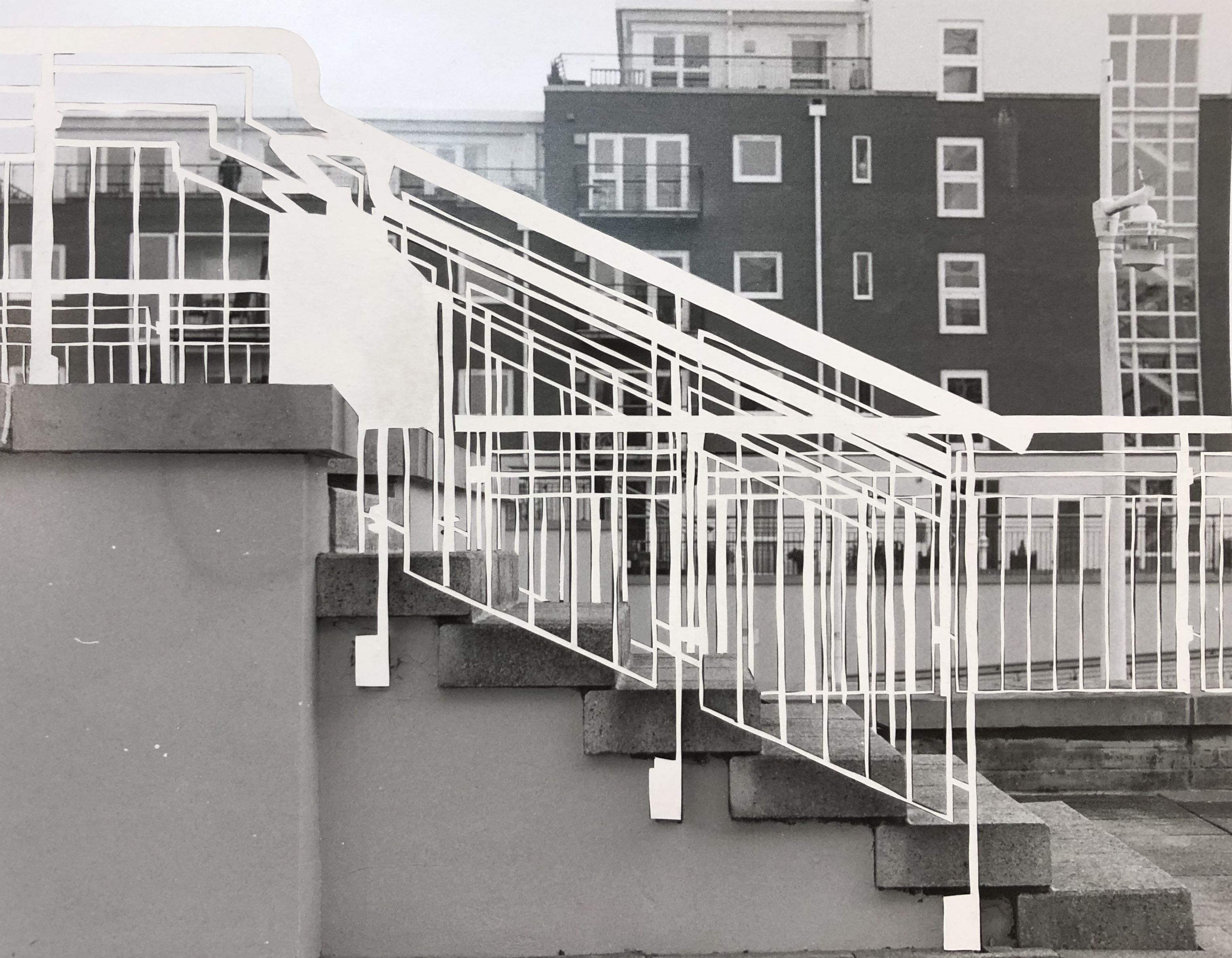 Inspired by Richard Galpin, I wanted to see what cutting into my prints would do to the stairs and how it would impact the visual simplicity that I am looking for in my work. I tested out my cutting on several of my worse photograms that I had completed earlier, using two designs – cutting out the background and, cutting out the staircase. I found both of them to work equally as well in their own right.

I then decided to do the same to some prints of stairs, to bring my work back to the ‘real world’ and to comment on the fact that we often ignore fire escapes and staircases that are outside. I used both techniques on two photographs, with each of them working well. I found that I was more attracted to the ones with more detail of the staircase, especially the one that is in front of other buildings. The simplicity of the lines coupled with the complexity of the image that are presented together allow the continual movement of the eye. I wish to do these bigger, with the staircase ending outside he boundary of the image such as in the spiral staircase.