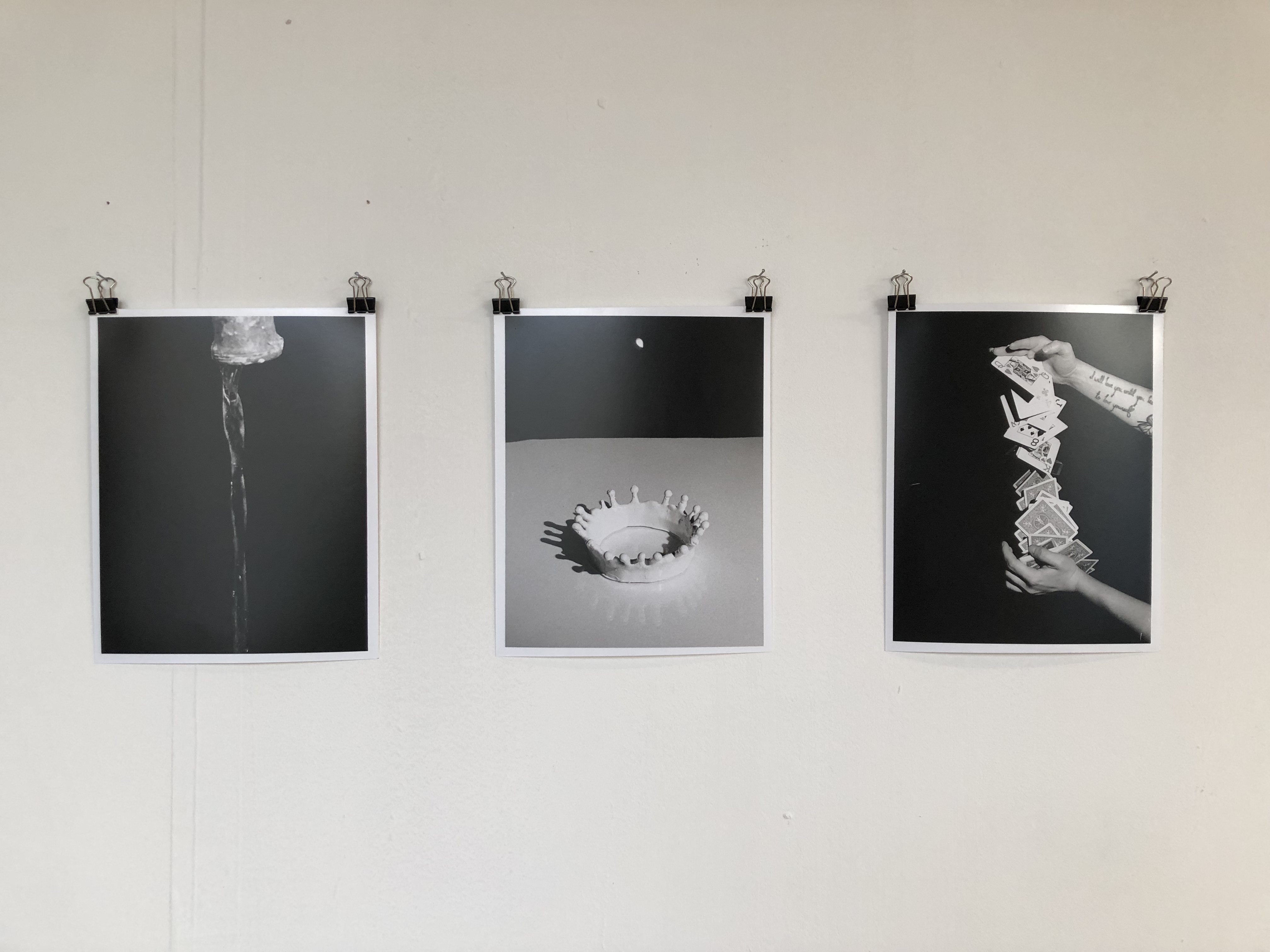 The study abroad exhibition was a hit success with works being displayed by Romaisa Bhatti, Celdice James, Hira Syed, Zoë Lee, Christine Glover and myself. We had a wide range of practices coming together in two locations to create a flowing exhibition, showcasing the work done while on study abroad in the previous term. I initially had concerns with my photography pieces being opposite windows due to reflection, however this was a smaller problem than first thought. I also felt that it was wise that I did not frame any of the pieces, as the uniform bulldog clips that I had practised in the exhibition preparation worked well for all of the pieces of work. Overall, I was happy to be part of the exhibition and found it a success. In the future, I aim to be more aware of the flow of people especially when there is work between two locations that are blocked by a locked door.