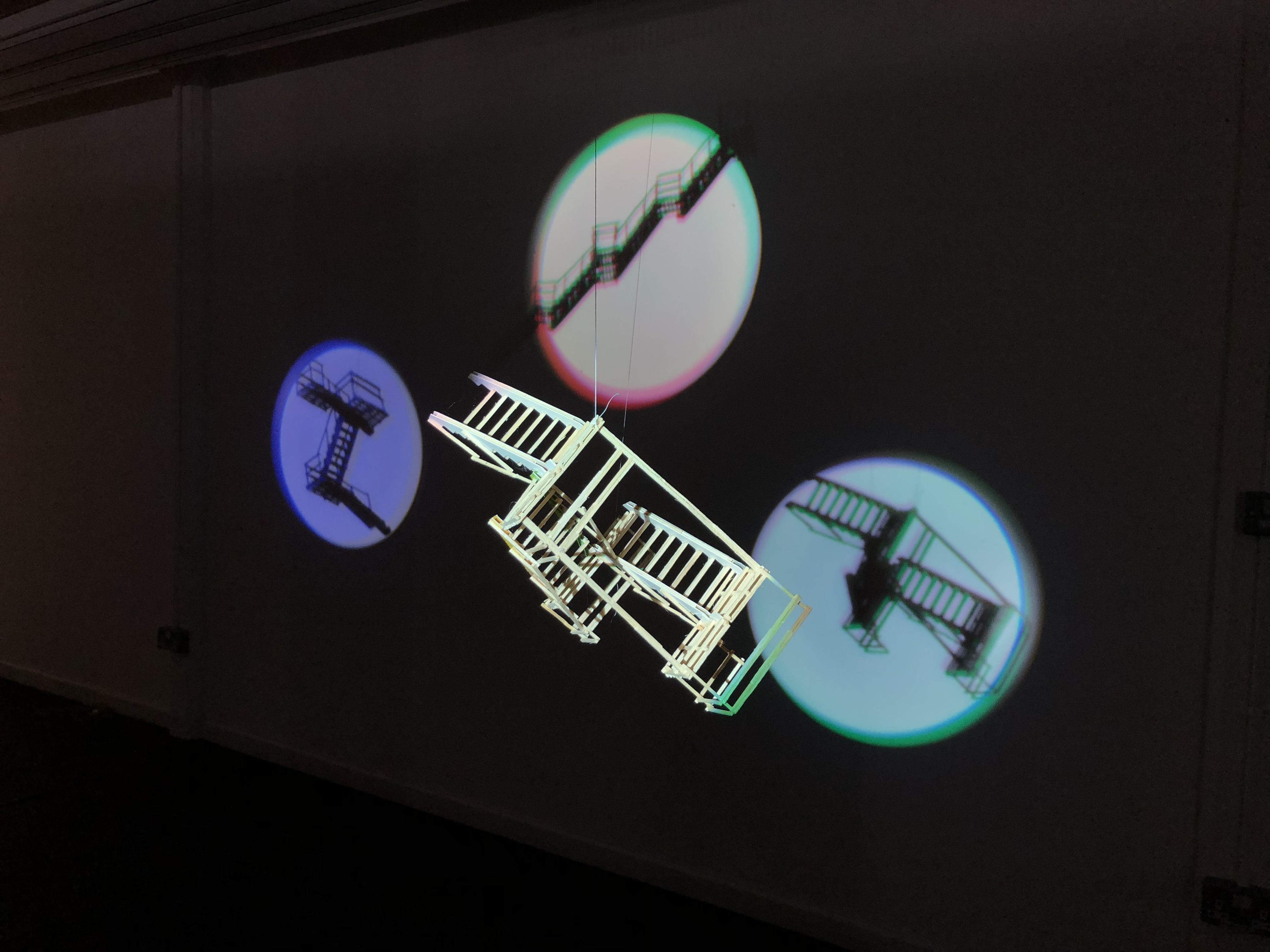 Within the Week 8 Studio 3 Exhibition, I displayed in the AV Room, down the corridor from the studio space. This area was curated by four of us, ensuring that everyone had the space that they needed, and the audience were able to interact with each piece in the intended fashion. I displayed all three designs of the matchstick stairs, hanging them from the ceiling with a different coloured spotlight on each. The different colours of these was an unintentional element that added to the work, highlighting the differences between them and allowing the evaluation of the individual staircases. There is also a practical element to the spotlights, as they ensured people did not walk into the staircases that were suspended from the ceiling. When people did walk past them, there was an element of motion that was carried forth into the staircase as they would slowly rock back and forth.

The blurriness of each image added to the element of optical illusion. This somewhat stepped in the opposite direction that I originally intended with the stairs, as I wanted them as real as possible, such as in the negatives I have recently developed. However, as they are hanging you can see their positioning, but you are more captivated by the almost primal draw of the shadow from the spotlight.

I found that I enjoyed these elements coming together, and I want to explore the elements of real versus optical illusions through the use of shadow and light. One way to do this may be through the use of photograms, or using some of the negatives that I have already produced. I am not sure what my next steps will truly be as there are now multiple paths I could go down.