Ever Is Over All (1997) is an audio video installation by Pipilotti Rist with 2 projections overlapping, with no borders visible as both pictures fade on the overlapping side to black, with 2 players and 1 audio system. Sound by Anders Guggisberg & P. Rist. The installation in the video is at the National Museum for Foreign Art, Sofia, 1999.

In the video, Rist wears sparkling ruby slippers, a flowing blue dress, and promenades down a car-lined street, whereupon she starts violently smashing the passenger side windows using a bronze cast flower that she carries. “As the vandal gains momentum with each gleeful strike of her wand, an approaching police officer smiles in approval, introducing comic tension into this whimsical and anarchistic scene.” Source: MoMA

Small fact: Pipilotti used three of her friends cars and smashed their passenger side windows as these were the cheapest to replace.

For those who are fans of Beyoncé, you may also recognise the work of Pipilotti Rist in the music video of Hold Up, where Beyoncé smashes car windows using a baseball bat while singing about how Jay-Z was cheating on her. 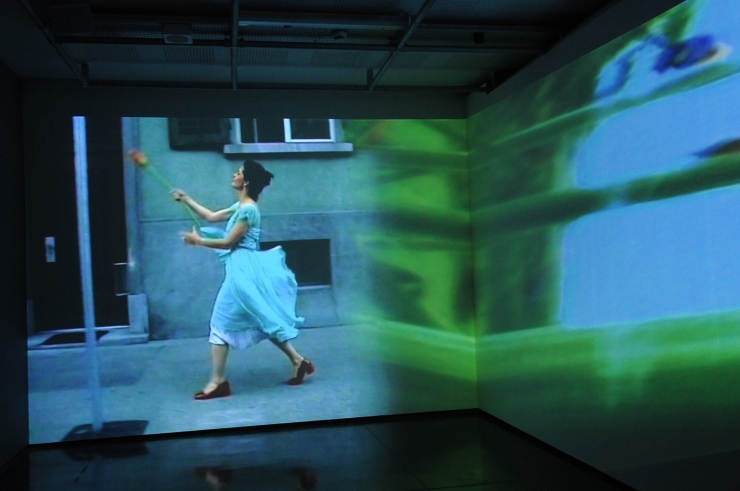 I would like to use the idea of something so dainty and someone so lady like would do such a violent act. This is a clear and simple idea in Rist’s video artwork, and through our video of feet, I would like to see perhaps feet that seem, or are portrayed very lady like and dainty, kick a glass over, smash something, or step on something on order to get rid, or kill it.